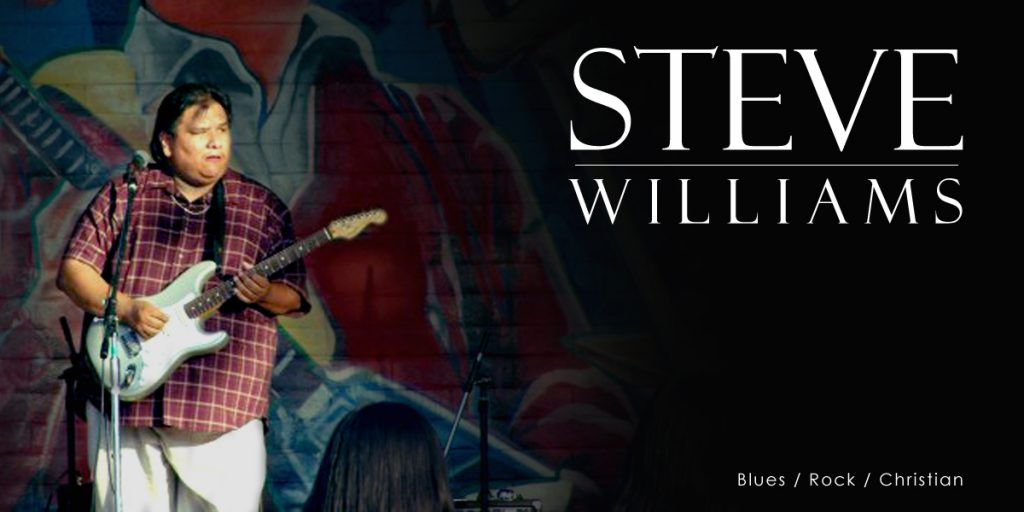 Native Stars · Steve Williams – Change
Steve Williams is Pawnee and Shawnee. He was born in Oklahoma, but spent most of his life in Denver, Colorado. Under the guidance of his older brother, H.D. Williams and the inspirational music of Johnny Curtis, he started learning to play guitar at nine years old.

With hard work, dedication and eagerness to learn other styles of music, Steve added the influence of Blues artists such as B.B. King, Stevie Ray Vaughn and Buddy Guy. His love for music motivated him to pursue a career in the music industry. He played his first gig in a bar when he was fourteen. Eventually the atmosphere of the gigs soon introduced drugs and alcohol into his life during his teen years.

Determined to make it in the music scene, Steve was on the verge of signing a $500,000.00 contract with major record label, playing guitar for an aspiring heavy metal performer. But it was then he realized that the void he felt in his life could not be filled with fame and fortune. Having been raised in a Christian home, he remembered the words taught to him as a child, Jesus said, “Come unto me all ye that labor and are heavy laden and I will give you rest.” It was then that he experienced the power and fulfillment he had been searching for in his life. He has dedicated his life to sharing the gospel through his music and ministry and is currently licensed and ordained with the American Indian Full Gospel Association.

Steve has had the opportunity to expand into other areas of music, from studio musician, song writing to sound engineering and production. He has worked on twenty three albums with various artists.

Steve’s album, “Change” was produced by Steve and Knifewing Segura of Knifewing Productions. Nashville engineer, Jack Howell headed the production of the album.