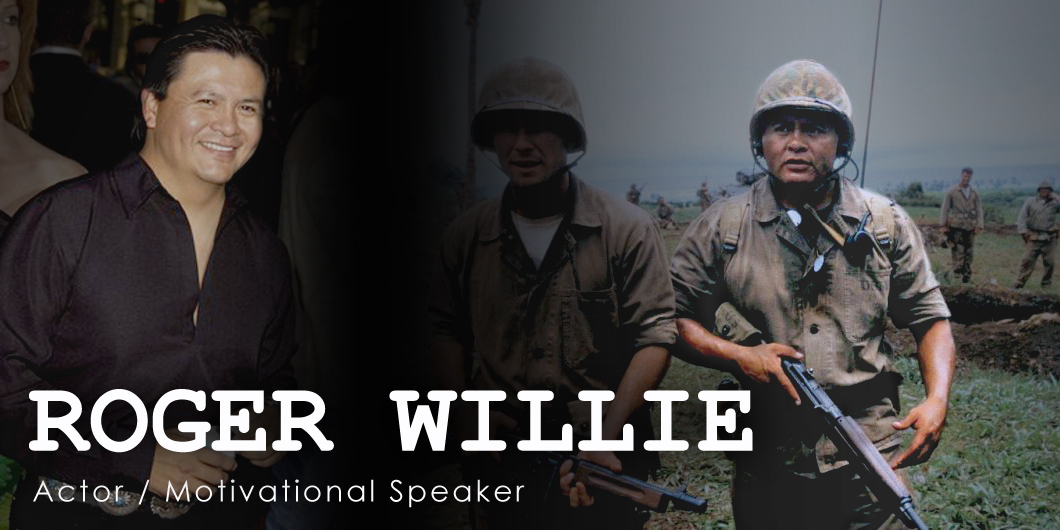 This Navajo educator, artist and actor, made his screen debut in MGM”s production of “Windtalkers” directed by John Woo and starring Nicholas Cage, Christian Slater and Adam Beach. Proudly serving in the United States Army’s elite 82nd Airborne at Fort Bragg, North Carolina helped Roger prepare for his role in “Windtalkers”. His inaugural acting experience has led to 5 (five) additional roles in, Adaptation, Edge of America, Lost Stallion: The Journey Home, Wesley and the 6th World. Being fluent in English and the Navajo, he did voice-overs for several characters in Disney’s version of “Star Wars” adapted into the Navajo language.

Roger shares his life and film experiences when he speaks to audiences ranging from students, corporate executives, teachers, and community members as a way to inspire his listeners to, “Dare to Dream.” Recognizing and embracing the opportunities that have discovered Willie, he’s an advocate for education, health, and leadership.

In his spare time, Roger is an accomplished visual artist using pencil, charcoal and paint. His award winning signature pieces show images embedded in an eagle feather tied together by arrowheads. “The feathers and arrowhead are powerful symbols of Navajo culture. They guide and protect one’s spirit and path of life.”

He loves drinking fresh ground coffee in the early mornings at his home on the Navajo Reservation under beautiful New Mexico skies.