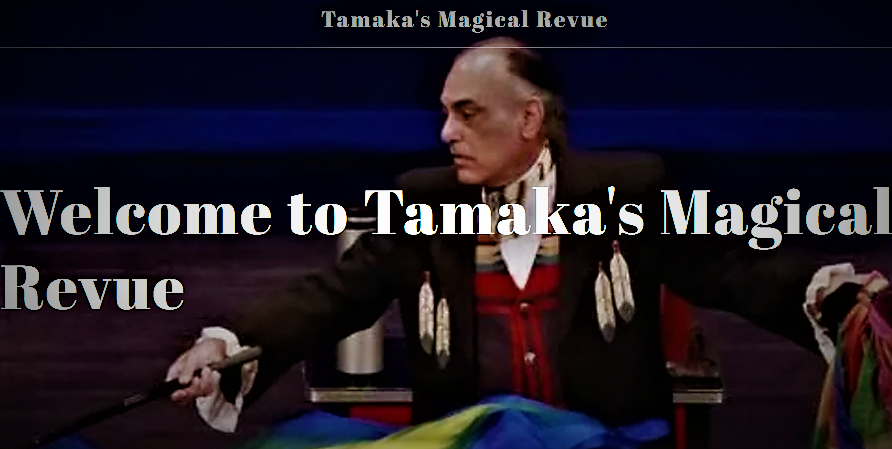 Since 1990, Tamaka has been mystifying audiences around the world. Tamaka is a graduate of the Chavez Course of Magic in Pasadena, California and was trained by Bob Fitch in Theatre.

If corporations have a brand they wish to showcase, Tamaka is able to incorporate their brand into his performances.

Because of his consultant work on local Television and Movie sets shot here in San Francisco, he is a member of SAG/AFTRA.

Tamaka is always a smash at conventions, as an opening act, performing in his magic productions. Don’t forget to consider him for your up coming fundraising and charity events as well

What he has done

Performed a tour in the United Kingdom, Hong Kong and Shanghai, China.

He has also performed throughout the United States and Hawaii.

Performed and frequently asked back to the Magic Castle in Hollywood, CA.

Some of the performers he has opened for are the Smothers Brothers, Weird Al Yankovich, Julio Iglesias, Joni Morris, Rudy Parish, Native American Blues group, Twice as Good, and Native American Comedy team, James and Ernie. Other corporations and organizations names are available upon request.

Tamaka’s extensive knowledge of Magic include Close-up, Walkaround, great for Corporate events where cocktails and dinners would be taking place.

Parlor and stage magic which would fit into convention booth attractions and large theatre venues.