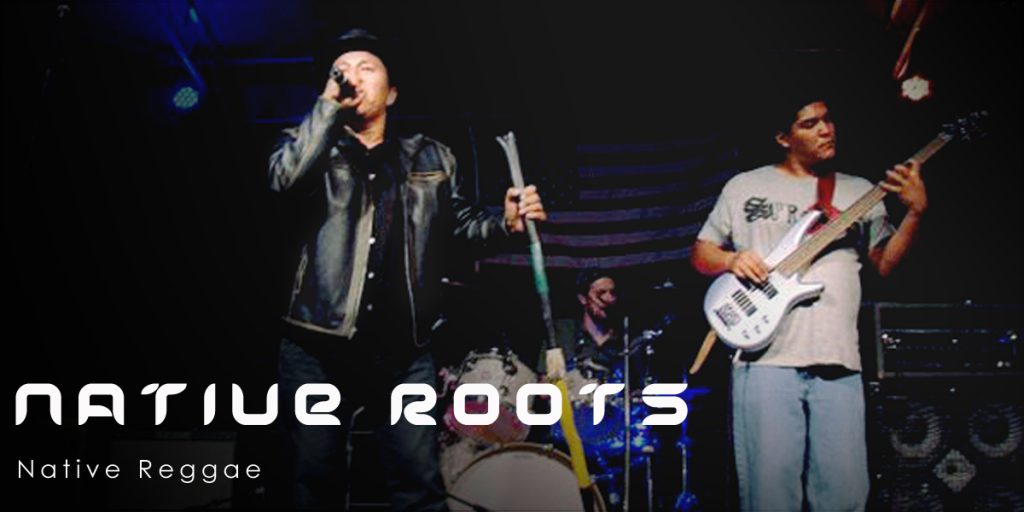 Native Stars · Native Roots – TohonoOodhampeople
Formed in 1997, Native Roots has been a favorite in many festivals and events across the United States. Their music is a unique mixture of Native American and Reggae with a taste of blues.

Their CD “Rain Us Love” gave them the 2002 “Best World Music Recording” award from the Native American Music Awards. They have been voted “Best of NM” by the Weekly Alibi of Albuquerque, NM. Their first CD, “Place I Call Home” was nominated for “Best Recording Independent Label” in 1999. They were featured in the 2002 Winter Olympic Medals Plaza in Salt Lake City, Utah.

In a live performance, one has to appreciate the no compromise sound of Native Roots. Dedicated to the sound and spirit of Native America and Reggae music, this group will have you dancing and moving to the beat.