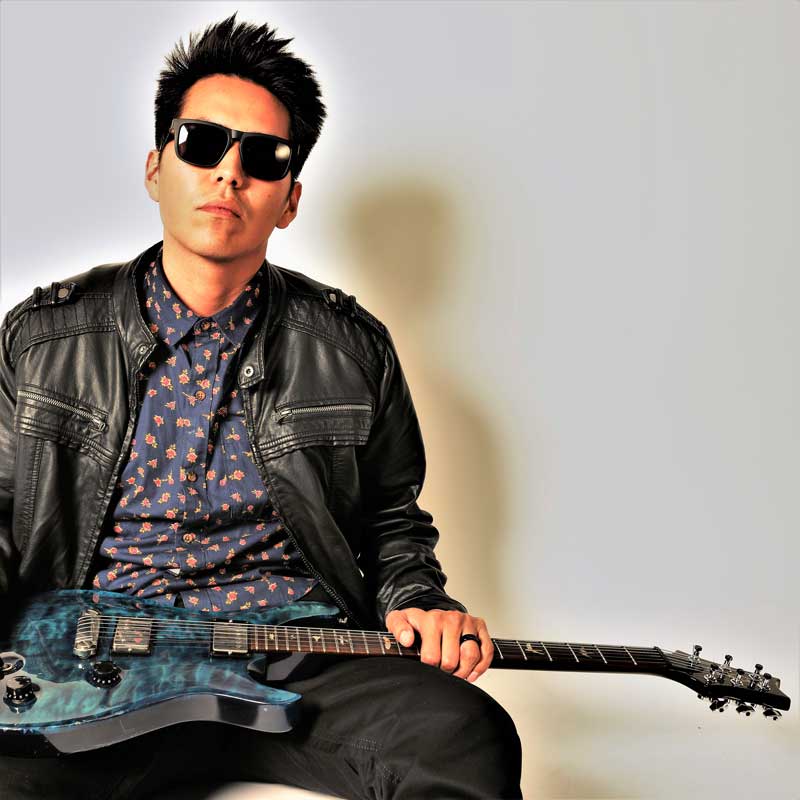 Native Stars · Take Me Back

Levi Platero is from the Navajo Nation of the Southwest region of the United States. With his family band “The Plateros” they emerged on the music scene in 2004 as a blues rock power trio compared to the likes of Stevie Ray Vaughan, Los Lonely Boys and ZZ Top. After a decade of touring the US with his family band, a one and half year run as a member of the Indigenous (Lakota blues band), Levi decided it was time to get back to his own music. He then recruited a new band, began touring, went into the studio and released a self titled EP featuring the single “Take Me Back” which went on to win the 2016 New Mexico Music Awards for Best Blues.

Levi is a great example of a guitar player with a gift of guitar playing intuition of much more experienced player. Levi’s quiet nature is unleashed in a style that mixes a spectrum of Texas Blues, vintage rock, to modern guitar heroes such as Eric Johnson and Steve Vai. With a captivating live show he ranges from flurries of guitar acrobatics all the way down to soulful expressiveness. Levi is a guitarist and talent to be reckoned with and will continue to shine in the Blues/Rock genre. Currently Levi Platero and his band are gearing up for a 2017 National Tour to promote the New EP and a second full length album to be released in the spring of 2017