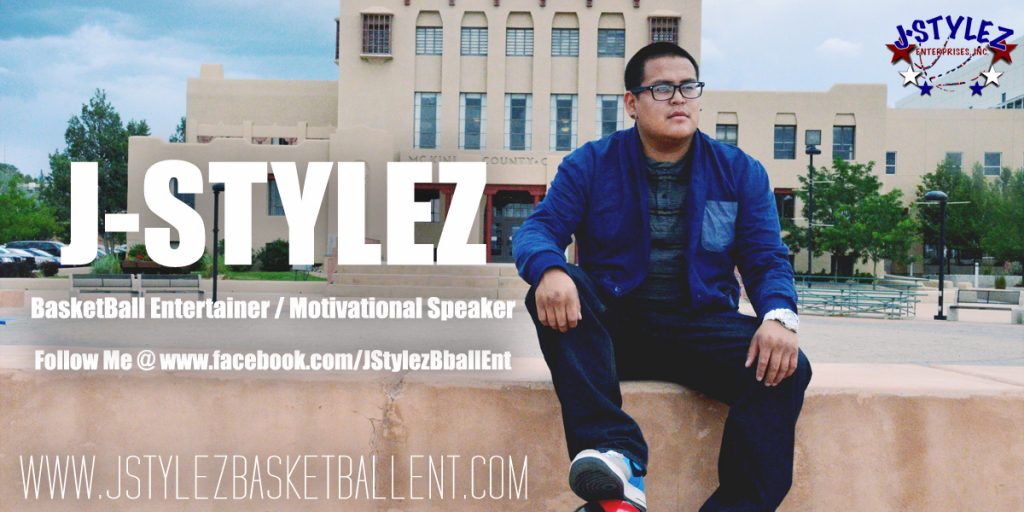 Jerrickson “J-Stylez” Hosteen, a Dine’ originally from Sawmill, Arizona, has been dubbed the first Native American basketball entertainer in the world. He is a 2008 graduate from Window Rock High School, where Jerrickson’s interest in entertaining with a basketball began. After discovering a unique talent of juggling basketballs, Jerrickson decided he would pursue a career entertaining people with the basketball (or basketballs).

Many performances at the beginning of his career, he did simply for the love of his work donating much of his time to local high schools. Since then, he has incorporated many tricks-such as juggling, spinning, and dribbling with numerous basketballs into his routines. Because Jerrickson has included his own style into his tricks, a close friend nicknamed him, “J-Stylez.”

To date, Jerrickson has traveled all over the Navajo Nation, to countless Native American reservations, and to mainstream institutions such as universities sharing his unique talent to hundreds of spectators. In order to experience success, Jerrickson has had to overcome many obstacles. There were times when he wanted to quit because shows were a failure. There were many times when all he heard were negative remarks. There were also times when he could not perform due to the physical demands of his work. However, Jerrickson turned to his passion to get him through those dark days. Today, he is a professional basketball entertainer continuing to travel the nation showing the world his talent. He has recently performed at places such as tribally owned and national casinos, half-time basketball games, high schools and colleges, among others, for diverse groups of people.

Jerrickson credits the likes of the Native comedians Pax Harvey, Tatanka Means, Adrianne Chalepah and Navajo duo James and Ernie for having inspired, encouraged and helped him on his journey. He also has a slew of other supports who have also helped shape his career. Looking back, Jerrickson is humbled to have been faced with those challenges and to have overcome them. The struggles keep him grounded, strong and ready to take on whatever life throws at him.