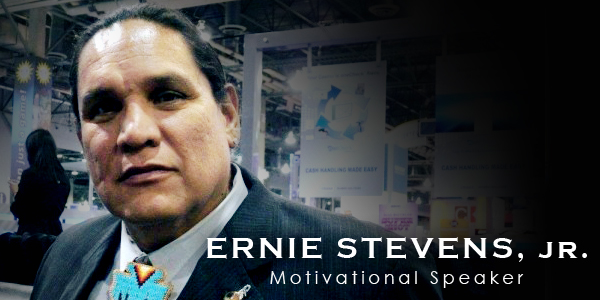 As Chairman of NIGA, Stevens represents the Indian gaming industry. In this role, he has worked to educate Congress, the media and the public about the positive impacts of Indian gaming on tribal and nearby communities.

He has also succeeded in building strong coalitions with other Indian and non-Indian organizations to help strengthen the industry. In the face of constant challenges while Stevens has served as Chairman, NIGA has consistently defended any movement in Washington, DC against the Principles of Tribal Sovereignty. Stevens has led the Association and worked to protect Tribal Sovereignty and strengthen the Indian gaming industry. During his tenure, Indian gaming revenues have risen from $11 billion in 2000 to 28.6 billion in 2014.

Chairman Stevens is an enrolled member of the Oneida Nation of Wisconsin. From 1993 to 1999 Stevens served as an elected councilman for the Oneida Nation in Wisconsin. He is a former First Vice-President of the National Congress of American Indians (NCAI). As a respected leader in Indian Country, Stevens also serves as a long-standing board member on the National Center for American Indian Enterprise Development, the Nike N7 Foundation Board, the Executive Board of the Center for Native American Youth and the Native American Advisory Board for the Boys & Girls Club of America.

The Chairman has been recognized for his outstanding leadership and his advocacy in Indian Country by numerous organizations. He was recently inducted into the American Gaming Association’s Gaming Hall of Fame. The Association on American Indian Affairs recognized his lifetime achievements in November and he was inducted into the Boys & Girls Clubs of America Alumni Hall of Fame in 2012.

Chairman Stevens received an Associate’s degree from Haskell Indian Nations University in 1983 where he served as the Vice President of the Student Senate. He was a two year starting center and team captain for the Haskell Basketball Team. Stevens also earned a Bachelor of Science degree in Criminal Justice from Mount Senario College in Ladysmith, Wisconsin (1986). He was a three sport letterman and served as President of the Native American Student Council.