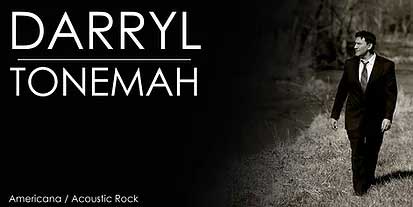 Appeared in motion pictures, “DMZ” and “Last of the Mohicans”

Tonemah is rockin’ the national rock scene with his own style of Native Rock. His shows are full of energy and very entertaining. He has surrounded himself with top Native musicians from around the country. He has performed alongside Hootie and the Blowfish, Foreigner, Creedence and Johnny Lang.

Tonemah has nine albums released. “The Ghosts of St. Augustine”, “Welcome to Your Rainy Day” are just two. His new releases include “Mulligan” and the Christmas Album “A Moment in December”. Tonemah’s albums are a combination of traditional and contemporary music. He displays a wide range of influences from James Taylor to the Rolling Stones, Bruce Springsteen and Dave Matthews.

Whether it be an intimate acoustic show or a full band blowout, Tonemah will always pour his heart and soul into his music and leave the audience wanting more.