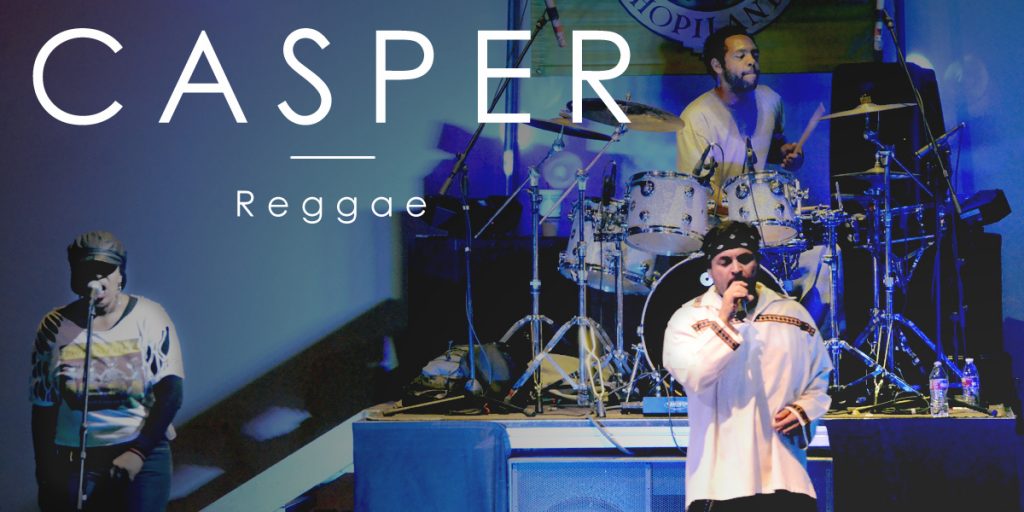 Native Stars · Casper – Nodibidibi
Casper’s Hopi Roots Reggae combines his native roots with the positive energy of reggae music. His style of Native reggae has proven to be a success in the reggae world. He has opened for reggae greats such as Tippa Irie, Culture, The legendary Wailers and Burning Spear.

Casper’s albums “Original Landlord” and “The Sounds of Reality” were released on his own record label, Third Mesa Music. Both albums receive air play all over the country with great reviews in Native, mainstream and reggae music. Beat Magazine, “Somewhat reminiscent of Pablo Moses.” New York Times, “His music and lyrics transcend cultural and musical boundaries.”

His music is built on hope and power in hopes of helping the world see the reality of life on the rez. His music is straight from the heart. His popularity will bring and leave a following of fans with every show.