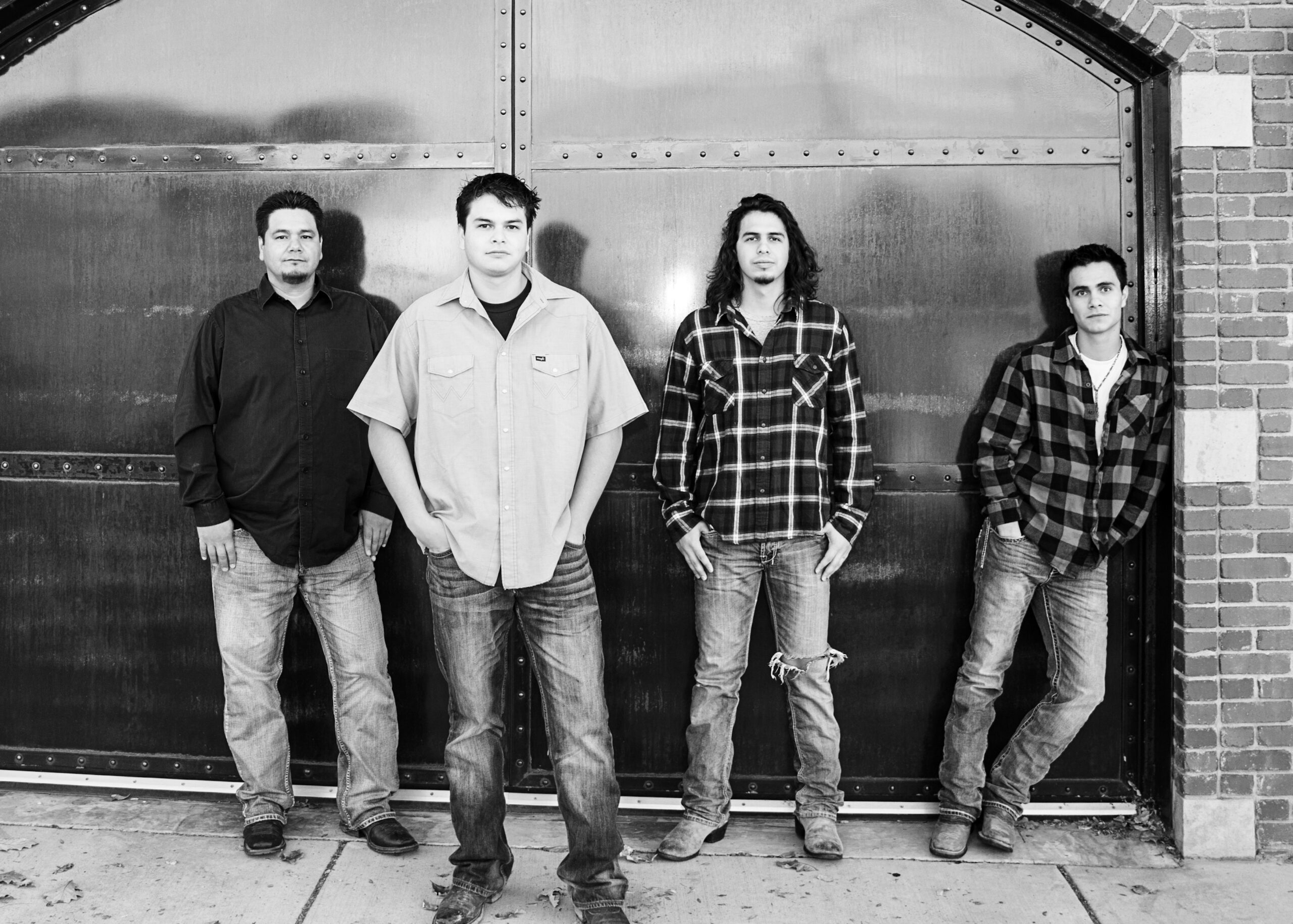 Native Stars · Caballero EP Sound Clips
Caballero is a Country/Southern rock Band fronted by Eli Caballero and rounded out by Fernando, Fernando (Nando) Jr., and Micah. Since switching over to mainstream country from Christian rock, the family band Caballero (established in 2003) has experienced a whirlwind of attention, spinning them into opportunities unfathomable. With all the recent attention, Caballero is on its launching pad to the top.

Caballero has had the privilege of working with some of Nashville’s producers, recording engineers and songwriters. Caballero is currently working with songwriter, producer, recording artist and independent film music director, Randy. Kicking off the success of the fiery, rock and roll-influenced country sound Caballero brings to every performance was their recent win at a nationally recognized country bar known as the Grizzly Rose of Denver, Colorado. The Grizzly Rose hosted a battle of the bands “Country Throwdown” where Caballero stole the show and walked away big winners. Winning a week as the Rose’s headlining house ban, the opening spot for Lee Brice, and the chance to meet with Brad Paisley’s record label representative, the band has not quit striving for further success.

Pushing for more gigs, the band is in the process of recording a demo with well-known producers and engineers in the music industry that will bring brilliance to the band’s already “pitch perfect” sound. In preparation to release the demo, Caballero has already booked several other shows. The family band’s love for country has personal ties with the cowboy way of life and country culture making the transition easy. The bands unique fusion of country, rock, blues and 80’s pop, with a gospel music harmony, makes every song different, grasping the attention of many. Caballero rocks the house with their quality vocals, clarity in music and performance, and their “meet everyone” attitude, allowing gigs to roll in.

Under their belt, the band has opened for nationally known artists such as Lee Brice, Case Rice, A Thousand Horses, Tyler Farr, Randy Montana, Susie McEntire (Reba McEntire’s Sister) and Joe Diffy to name a few, as well as playing at the Greeley Stampede, Cheyenne Frontier Days, The Gambler, Grizzly Rose, several benefits and many more. Not quitting there, the band has also toured nationwide and in foreign countries. Adding to their experience, in 2009, the band recorded their first CD as Christian rock band, Lead Me, in Nashville, TN, featuring original songs and covers. In 2010, they released their first single “I Need You” to radio as well.

There is no stopping this family and their talents. They can handle anything, making it their own while still sounding stellar. With fans craving more, Caballero plans to deliver their spin of country-rockin’ music made to keep any arena grounded in God, Family and Country.